MERAS lawyer may be next union MP in Parliament 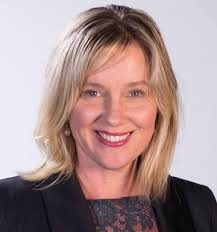 The unexpected resignation of Auckland Central MP Nikki Kaye has put a spotlight on the contest between Helen White, MERAS lawyer, and Chloe Swarbrick, who is a Green MP and highly placed on the Green Party List.

It was a closely contested election in 2017 with Helen only 1500 votes behind National’s Nikki Kaye. With the resignation of Nikki Kaye, the race for the electorate is wide open, so Helen has a good chance of winning in September.

Helen has previously worked for the EPMU as a lawyer and will be one of the few union MPs should she be elected. She understands the issues for employed midwives, having represented MERAS in our DHBs MECA facilitation, and our successful challenge of the St George’s public holidays policy.

Chloe came to public attention with her high profile bid for the Auckland Mayoralty in 2016 and her campaign for cannabis law reform. Chloe also has a good understanding of midwifery issues.

MERAS is actively involved in the Council of Trade Unions’ campaign to re-elect a progressive Government and the MERAS National Representatives Council has endorsed our campaign to elect a Labour- Greens Government.

Covid-19 highlighted strengths in our nation’s ability to respond to a health emergency. The Government’s prompt introduction of the wage subsidy and business support has also helped many families. However, it is clear that our economy is vulnerable to the international upheaval and this has highlighted the importance of supporting NZ products and businesses.

You can read about the specific priorities endorsed by the NRC for our Election campaign here.