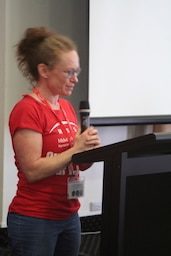 MERAS has filed in the Employment Relations Authority (ERA) over the DHBs’ decision to unilaterally exclude general practitioners as a potential comparator in the process to resolve the union’s pay equity claim.

MERAS Co-leader (Industrial) Jill Ovens, says they believe the DHBs’ action have breached the Terms of Reference agreed with the DHBs by unilaterally vetoing which occupations can be considered as potential comparators.

“The Terms of Reference agreed on March 18, 2019, quite clearly state that where there was disagreement, mediation and negotiation would take place. With regards to considering GPs as comparators, this has not happened. We have asked the ERA to order the DHBs to consider GPs as a potential comparator and to direct them to attend mediation with MERAS,” she says.

In the evidence accompanying the documents filed with the authority yesterday, (International Working Women’s Day), MERAS has reiterated that GPs have been used as a comparator for midwives since the 1990 Nurses Amendment Act, and subsequent Maternity Benefits Tribunal 1993.

“We also provided evidence from the College of Midwives High Court Action, on behalf of LMCs (Lead Maternity Carers) in 2016, which supports using GPs as a comparison to midwives, as a profession.”

Ms Ovens says midwives continue to be taken advantage of as they go about their work often as an invisible workforce, albeit an absolutely key one.

“Their work is seen as “women’s work”, as carers who use their natural empathy as women to do what they do. The fact that they are highly trained medical professionals bringing new life into the world and helping to ensure the wellbeing of women and babies, seems to be misunderstood by many, including the DHBs,” she says.

A MERAS survey of DHB-employed midwives, using the criteria for selecting comparators agreed by the DHBs Pay Equity process, put employed GPs at the top of the list; the midwives also included DHB-employed dentists and veterinarians as possible comparators.

Elizabeth Winterbee, a Nelson Hospital midwife who has been involved as a MERAS representative in the midwifery pay equity claim, says not only have GPs long been used as a comparator for midwifery pay, but GPs are the most closely aligned profession with more similarities than any of the other comparators that have been used in the midwifery claim so far.

“I take on board this huge responsibility we have. We have just one chance to do this, so it needs to be done right.  The decisions we make today to fight for what is right, have long-term far-reaching consequences. I don’t want, on my conscience, for future midwives – 10, 20, 30 or more years ahead – to look back at the work we are doing now in 2021, and say we really blew it when we had the chance,” she says.